← more from
New Amsterdam Records
Get fresh music recommendations delivered to your inbox every Friday.
We've updated our Terms of Use. You can review the changes here.

A Dance That Empties 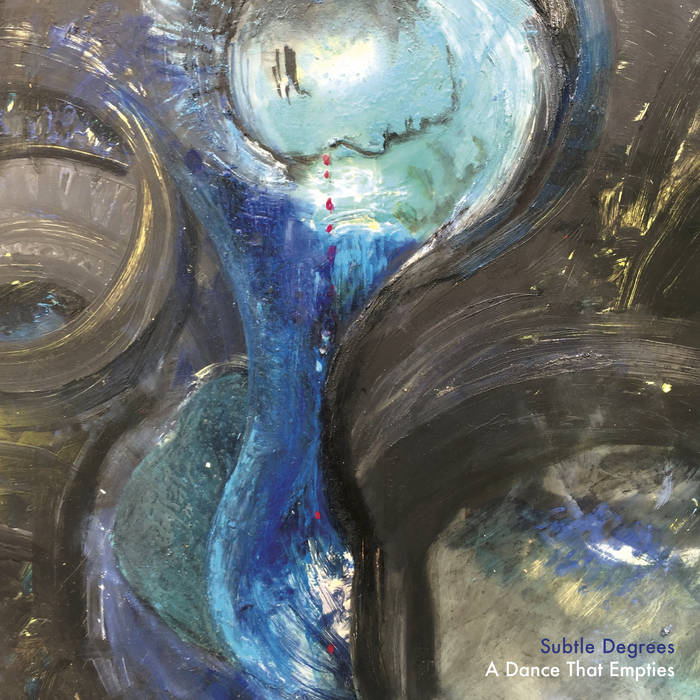 Haden Plouffe This album is simply one of the most transcendent things I have ever listened to, absolutely hypnotic from the first note to the very last. An absolute masterpiece. Favorite track: A Dance That Empties II.

A Dance That Empties is an extremely demanding composition that pushes the players to the limit both technically and physically, while the raw, vulnerable instrumentation makes for an intimately emotional experience for both performers and listeners.

A Dance That Empties is the culmination of a very long musical relationship. In 2001, when he was only 18 years old, Laplante played a concert at New York’s Knitting Factory, then a pre-eminent mecca for adventurous music of all kinds. Cleaver was in the audience, and came up to Laplante afterwards, handed him his phone number and said they should play together sometime. They soon did, “and I felt a very intimate and spiritual connection with Gerald that feels more alive than ever today,” Laplante says. “I’ve learned a tremendous amount from Gerald and have long considered him one of my favorite living improvisers.”

The two have performed together various times over the ensuing 17 years, but Laplante never felt he was quite ready to record with Cleaver. “It got to the point where I took a multiple-year break from playing with him because I felt like I didn’t have enough to bring to the table,” says Laplante. “I needed to practice so I could have more to give to our musical relationship.” Then, in the fall of 2016, Laplante received a commission to compose a piece to be performed at Roulette in Brooklyn the following spring. “I knew that this was the perfect opportunity to return to this relationship with Gerald.” And so Laplante began composing an epic-scale work work with Cleaver’s rhythmic virtuosity in mind.

Inspired by the longer durational forms of spiritual ceremonies, A Dance That Empties is a continuous journey that unfolds over 43 minutes, with musical motifs that foreshadow, recur, and evolve. The piece refines sonic territory that Laplante has pioneered in his celebrated saxophone quartet Battle Trance, as well as his solo saxophone work, utilizing long passages of circular breathing and other extended techniques to create specific and yet ineffable emotional and sonic resonances. A Dance That Empties, as the title implies, adds the distinctly new element of complex rhythmic pulses precisely and expressively executed by Cleaver, that compel listeners to lose themselves in the hypnotically repetitive yet subtly shifting grooves.

With A Dance That Empties, Laplante and Cleaver throw themselves into unknown territory, delving further into the devotional intensity that has long distinguished both their work.

A Dance That Empties was made possible, in part, by the Jerome Foundation and Roulette.

Bandcamp Daily  your guide to the world of Bandcamp

The Hammer and The Relentless from the Boston band Malleus stop by for a chat.